← more from
None More Records 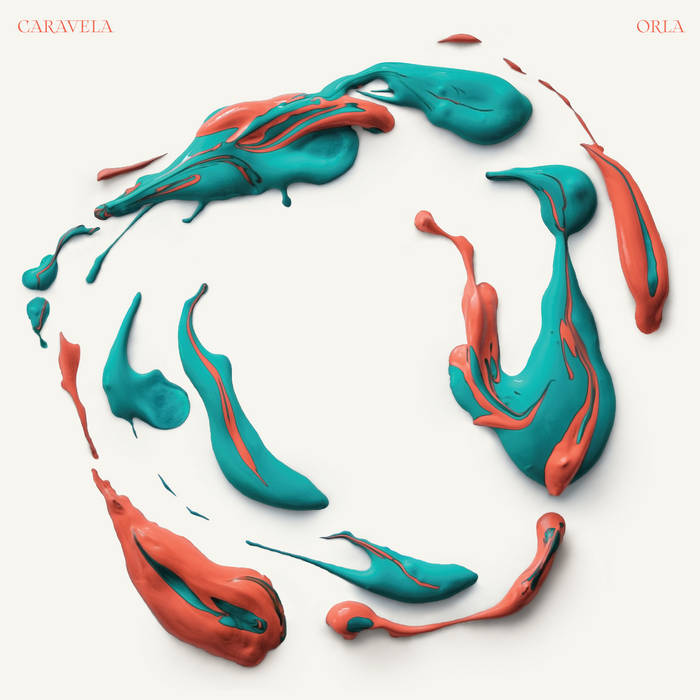 "One of the albums of the year so far!" - Strut Records

The band’s deep and infectious grooves form the basis from which they can showcase their beautiful and mature songwriting craft. Lyrics touching on social and environmental issues in both Brazil and Cape Verde, as well as reflections on modern life, weave between the songs in Loubet’s native Portuguese. Initially inspired by a recent period of living in Bahia, Brazil, interacting and working with local musicians there, Caravela took that experience and melded it alongside their wide range of influences to deliver a stunning set of contemporary songs.

Hypnotic and groove-laden percussion ties together all the different elements Caravela are bringing to the table, from Afro-Brazilian influences like candomblè music or the tropicalia of Gilberto Gil and Caetano Veloso with some darker, electronic elements reminiscent of Radiohead, electric era Miles Davis and Herbie Hancock. There’s also a grittiness from the band’s music evolving from within London’s contemporary jazz scene that makes Caravela’s music uniquely their own. The African and Brazillian rhythms and jazz approach remain at the core of the groups sound, but the development and growth of their own songwriting, diverse range of textures and influences and their soaring vocals and spiritual lyrics make their sound so distinct.

‘Orla’ showcases the Caravela’s growth from their debut EP in 2017, building on their digging into Brazilian and Cape Verdian music to develop their songwriting and sound. ‘Orla’ represents the growing sense of identity of Loubet and Sousa’s songwriting partnership, organically developing the songs through spontaneously singing lyrics and melodies over Sousa’s ideas on guitar, the music came together very naturally.

Lead single ‘A Macieira’ builds on a clipped and funky guitar line, strong percussion and tight, syncopated drums as Loubet’s incredible vocals soar above the band, reflecting on the folk themes of maturity and innocence, as with the eyes of an old woman, strong and steady, like the old apple tree.

‘Vale do Capão’, a deep cut that highlights the psychedelic musical textures the band are exploring, documents the experience of Vale do Capão in Bahia and finding communion with nature.

Both ’Mar Pretu’ a stunning, brief experimental song and ‘Pexi Secu’, a stirring song that builds musically to a dramatic and dark climax, both highlight the suffering in fishing villages caused by oil pollution at sea that affects both Brazil and Cape Verde, two countries that share an ocean as well as a deep connection, both spiritually and musically.

‘Liame de Mel’, Portuguese for ‘bond of honey’ is a beautiful, stripped back song where Loubet sings of a relationship ending, but the special bond that remains over just Sousa’s raw guitar.

‘Um e Meio’, a modern heavyweight of a song that musically builds around some beautiful piano work from Costi and haunting, spacious guitar work from Sousa, is a song dedicated to Juraci Tavares, the composer, singer and poet from Bahia who is fighting to preserve black culture in the region. The band spent time with Juraci during their trip to Bahia as he shared poems, songs and his life experiences with the group. The song is about the enriching exchange of life and music that happened on the trip. The song also features Dizraeli, a prominent force in London’s contemporary sound as well as an activist, who delivers an incredible piece of spoken word poetry amongst the music.

‘Orla’ closes with ‘Solta o Sinal’, the band’s humble dedication to samba from Bahia, the ‘samba de roda’ and their first experience of hearing Brazilian music from their parents. Joao Mendes, a renowned musician from Santo Amaro guests on acoustic guitar.

Bandcamp Daily  your guide to the world of Bandcamp

Serena Cherry debuts her black metal project, plus a Pick from the Crypt block from Svalbard